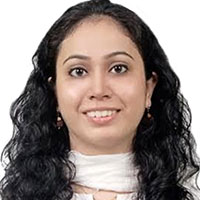 Udita is a Managing Associate in team Litigation at Anand and Anand where she has been engaging extensively in IP litigation and dispute resolution involving all forms of Intellectual Property including Trademarks, Copyright, Patents, Designs, domain names, and anti-counterfeiting work including brand enforcement for luxury brands, IP contractual and advisory work. She has been involved in successful campaigns for big-ticket pharmaceutical companies and has won well-known trademark declarations for leading multinational luxury brands. She was involved in the first patent infringement lawsuit in India wherein a permanent injunction was granted in favour of the patentee after trial and has been a part of a team at Anand and Anand which has successfully represented patentee plaintiffs in several matters before the Delhi High Court and the Supreme Court of India. Udita has co-authored chapters for various leading multijurisdictional guides like Getting the Deal Through (Copyright), Copyright Throughout the World by Silke von Lewinski, International Patent Litigation by Globe Law and Business; and leading legal magazines. She also regularly conducts webinars on IPR in collaboration with educational and industry bodies.