It has been a great privilege to work with some of the world’s foremost AI practitioners and to edit this ambitious reference work, which seeks to provide an international comparative guide to global artificial intelligence regulation. Its timing is serendipitous as several major jurisdictions have begun the process of enacting laws, most notably the European Union’s Artificial Intelligence Act (EU AIA), and the Canadian Artificial Intelligence and Data Act.

Artificial intelligence and machine learning are, to quote the late Arthur C. Clarke, sufficiently advanced to be indistinguishable from magic. The technology is undoubtedly a force for good, but can, when misused, cause great harm. That said, there is a clear and present need to educate the public about its capabilities and limitations – and to unpack media driven stereotypes from reality. This baggage is the biggest curse that we bring with us when we consider artificial intelligence and the very anthropomorphism of its description does not help.

AI is not clever and is not generally sentient, despite the assertions of some wayward Google engineers. In its current form it is a remarkable expression of applied algorithmic models and deep computation.

Regulating AI faces the same challenges. Nations stand at an inflection point between addressing concerns with the technology (which may not be relevant given the current state of the art), and encouraging investment in developing and refining AI further to provide economic growth. Great efforts are being expended currently by a spectrum of vested interests to either increase standards of regulation, reduce them, or even remove them altogether.

The European Union has seen the great success with which data related measures such as the General Data Protection Regulation (or “GDPR”) have been adopted as a gold regulatory standard around the world. The EU AIA seeks to follow in those footsteps with a measure that seeks to piggyback onto the existing EU product safety regime. However, that proposed measure lacks one of the most critical elements which many would hope to see from such a law — an ability for those harmed by artificial intelligence to seek a right of redress. The EU AIA also has little to say on the topic of environmental harms caused by the immense computing power of such technologies, or, in contrast to an approach advocated in Australia, the human rights which may be affected by its use or misuse.

The UK has taken the opportunity to forge a different direction following its divorce from the EU, and in the US, individual state capitols are triggering a wave of laws which are focusing on restricting the use of biometric information, as well as enhancing personal data rights.

One thing is clear. Law and regulation in this field will be advancing at a lightning pace. This Law Over Borders Comparative Guide is a first step forward in what is likely to be a dramatic and accelerated evolution.

Such is the reach and impact of artificial intelligence that you will inevitably be asked to provide a professional view on harms and liability in relation to existing laws that were never intended to deal with its consequences. Our hope is that we can, at the very least by reference to this guide, provide you with signposts for these existing areas, as well as the direction of travel for future regulatory measures.

The law in this edition is as stated in September 2022. 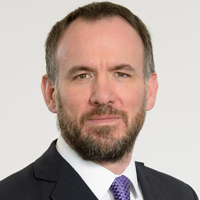