Scroll down to read the full chapter or click on the headings below to jump to the relevant section. 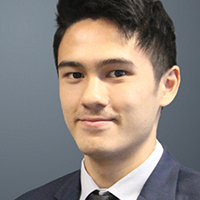 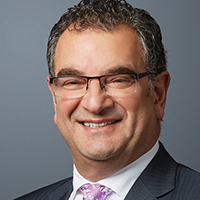 The Australian Government is committed to becoming a world leader in the development and adoption of trusted, secure and responsible AI. While Australia’s AI industry is in its nascent stages, a 2019 Report by the Commonwealth Scientific Industrial Research Organisation (CSIRO) and Data61 titled “Artificial Intelligence: Solving problems, growing the economy and improving our quality of life” estimated that AI technologies will contribute AUD 315 billion to the Australian economy by 2028.

The Australian Government’s Digital Economy Strategy, which aims to position Australia as a global leader in AI technology by 2030, includes a targeted AUD 124.1 million AI Action Plan. The AI Action Plan which was established in June 2021 includes the following initiatives to realise this vision:

There is no dedicated legislative regime in Australia regulating AI, Big Data or any form of automated decision-making processes. Existing laws are, for present purposes, to be applied.

There are gaps in Australia’s existing laws with respect to the treatment of novel issues raised by use of AI technologies, such as those relating to the ownership of AI generated works or inventions. It is expected that these gaps will be addressed in a future Australian AI law.

Aside from existing laws, there are a number of government publications which will guide the future development of Australia’s AI regulations, including:

Separately, there are limited human rights provisions enshrined in the Australian Constitution which might operate to restrict the use of AI technologies in Australia or otherwise protect individuals’ rights from a constitutional perspective.

The Australian Human Rights Commission (HRC) is a leading figure guiding the development of AI regulation, and this reflects the overall sentiment that human rights considerations are likely to be central to the adoption of AI in Australia. In the HRC’s 2021 Human Rights and Technology Final Report (HRC Report), the HRC proposed a number of recommendations including:

The main source of law governing patents in Australia is the Patents Act 1990 (Cth) (Patents Act). There are no express references to AI under the Patents Act. However, there has been contention as to whether an AI system can be named as an “inventor” to which a patent is registered. In Thaler v. Commissioner of Patents [2021] FCA 879, the court originally held that the relevant AI System (i.e. DABUS) could be considered an “inventor”, within the definition of Section 15(1) of the Patents Act, on the basis that an “inventor is an agent noun” and “an agent can be a person or a thing that invents”.

On appeal, the Full Court of the Federal Court of Australia in Commissioner of Patents v. Thaler [2022] FCAFC 62 overturned the original decision, on the basis that an “inventor”, within the meaning of Section 15(1) of the Patents Act, had to be a “natural person”, citing the historical role of an inventor in patent law, plain reading of the section and structure and policy objectives of the Patents Act. As at the date of publication, an appeal to the Full Court decision has been lodged with the High Court of Australia and the proceedings are ongoing.

These decisions are a prelude to the imminent policy debate in Australia for inventions involving AI. Interestingly, the Full Court considered:

In respect of computer-generated works, the Copyright Act restricts the provision of copyright protection to works originating from an “author” – that is, a person who brings the work into existence in its material form. Specifically, an author must be a human person and any works emerging from the operation of a computer system cannot originate from an individual (see Telstra Corp Ltd v. Phone Directories Co Pty Ltd [2010] FCA 44 (Telstra)). In Telstra, the Court held that phone directories which had been largely organised and presented by a computer program were not subject to copyright protection as the compilation did not originate from an individual (i.e., there was an absence of human authorship).

Whether works generated by both a human author and a computer program together will be subject to copyright protection will depend on:

There are no specific trade secrets or confidentiality law requirements in respect of AI.

The European General Data Protection Regulation will apply to Australian organisations that fall within the extraterritorial ambit of the GDPR.

There are “open data” legislative regimes in Australia that enable the sharing of data which may support the development and adoption of AI technologies in Australia.

The Data Availability and Transparency Act 2021 (Cth) (DAT Act) facilitates the sharing of “public sector data” (meaning data that is lawfully created, collected or held by or on behalf of a Commonwealth body) with government departments and universities to stimulate the use of public sector data for prescribed purposes, including research and development. The DAT Act sets out a comprehensive accreditation framework, and establishes requirements in order for accredited users to access the relevant datasets (e.g., the use must align with the “data sharing purposes” and must generally be consistent with the data sharing principles).

Separately, the Consumer Data Right (CDR) was enacted by the Treasury Laws Amendment (Consumer Data Right) Act 2019 (Cth) amending the Competition and Consumer Act 2010 (Cth). Essentially, the CDR grants consumers the right to access their data held about them by businesses or “data holders” in prescribed regulated industries (e.g., energy, banking and telecommunications) and to have that data transferred to an accredited recipient.

In 2021, a determination was made by the Office of the Australian Information Commissioner (OAIC) against Clearview AI, Inc. for breaches of the Privacy Act for scraping individuals’ biometric information from the web and disclosing it through a facial recognition tool. The OAIC held that the collection and use of such sensitive information was unreasonably intrusive and unfair, and carried a significant risk of harm to individuals, including vulnerable groups such as children and victims of crime.

The HRC Report (noted above in Section 1.2 Human rights decisions and conventions) has recommended a moratorium on biometric technologies for use in circumstances where high risk decision-making is involved, such as in relation to schools and policing. The HRC recommends that this moratorium should stay in place until there is further law reform which sets out express human rights protections regarding the use of biometric technology.

The HRC has cited a number of key human rights concerns as the basis of its recommendation, including:

The University of Technology, Sydney is currently developing a report outlining the Model Law for Facial Recognition Systems in Australia, in collaboration with the former Commissioner of the HRC. It is likely that a dedicated facial recognition law will be developed in future.

The Australian Government and HRC regard bias and discrimination to be a central issue that must be addressed in shaping the development of AI regulation in Australia. The HRC published a 2020 report “Using Artificial Intelligence to make decisions: Addressing the problem of algorithmic bias” which is intended to provide guidance to governments and industry bodies on creating and using fairer decision making processes driven by AI systems.

Separately, the Australian AI Ethics Framework was established to highlight the Australian Government’s commitment to ensuring the use of responsible and inclusive AI. The eight AI Ethics Principles are intended to encourage business and governments employing AI systems to practice the highest ethical standards when designing, developing and implementing AI (see Section 1. Introduction).

It is possible that an AI system would be considered a good or service for the purposes of the Discrimination Act. Therefore, the general requirements set out above would apply to the use of an AI system.

Operating in conjunction with the above, there are other anti-discrimination laws which may be relevant to the types of AI that may be developed and their algorithmic content such as:

While there are no specific provisions under the CCA which govern the use of AI technologies, the ACCC has previously considered applicability of AI type technologies in respect of a number of trade and competition law issues in its 2017 publication “The ACCC’s approach to colluding robots”. The ACCC raised the following issues:

There are a number of additional regulatory initiatives carried out by government industry bodies in Australia. In summary:

There is no specific law regulating AI in Australia such as in the form prepared in Europe. The expectation is that a dedicated AI law will be introduced in Australia which will at least specifically address the concerns raised by the HRC and other government and industry body reports.

It may well be that the regulation of AI in Australia will be modelled off the EU’s AI Act and will adopt a similar risk-based approach which prescribes certain requirements based on the degree of risk the relevant AI system presents, and the industry in which the AI system is deployed.

2. Who is responsible for decisions made by AI systems, and how will liability in respect of such decisions be attributed?

There is no legislative guidance or jurisprudence which expressly deals with the responsibility for the decisions made by AI systems, and any liability that flows from such decisions. For example, there is no standard position as to whether responsibility and liability should fall on the user deploying the AI system, end-user of the AI system, or any other parties who have contributed to the development of the AI system (i.e., hardware and software manufacturers, programmers and data supplier).

The attribution of responsibility and liability in respect of AI systems will likely depend upon how the decision can be traced back through the decision-making matrix to identify the “bad actor” or fault component. This will depend upon the extent to which the factors contributing to the relevant decision can be identified. Future AI laws in Australia will likely include robust and prescriptive requirements with respect to transparency, and the degree to which decisions made by AI systems can be explained which are integral to this evaluative process.

3. What owns the output of AI generated creations, and can AI systems own the outputs they produce?

The issue of ownership with respect to AI is highlighted by the decisions of Thaler and Telstra in the context of AI patent inventions and AI copyrighted works respectively. The cases reveal a gap in the relevant legislative regimes (i.e., the Patents Act and Copyright Act) which are not currently suited to address the increasingly complex and prevalent issue of AI generated inventions and works, and how the ownership of such IP rights should be designated. In light of these decisions, there is a risk that such inventions and works generated without human intervention or direction will not receive any intellectual property protections or rights.