The AfCFTA can be a catalyst in the promotion of trade in Africa, argues Abraham Abia, managing director of Clarence Abogados & Asociados

Africa harbours excellent potential for intra-continental trade, given the rapid growth that its economies are experiencing.

While that is true, the African trade landscape still presents many barriers for investors. In some African countries, these barriers are related to issues such as lack of infrastructure, low communication between nations, border and national security concerns, and illegal immigration. Moreover, until recently, the lack of an overarching agreement, such as the African Continental Free Trade Area (AfCFTA), was also a significant obstacle for intracontinental trade. Hence, the AfCFTA can be a catalyst in the promotion of trade in Africa.

The AfCFTA has four main goals:

The implementation of the AfCFTA is extremely pertinent considering the current context of international trade, which nowadays is heavily influenced by globalisation, easy access to new markets and constant mobility.

The elimination of the geographical frontiers of the African nations through the removal of trade frontiers is a quasi-mandatory requirement to improve trade in Africa. The AfCFTA will play a central role in the development of intracontinental trade in Africa, allowing the improvement of trade among African nations, creating stronger economic ties between the countries, and fostering regional peace.

Certainly, it is only a matter of time until the AfCFTA is fully ratified by all the African States.

Although Africa has great economic potential, it presents many challenges due to its trade conditions. These challenges are often due to the absence of the necessary infrastructure, such as roads and maritime ports that meet international standards. For example, many regions of the continent have no roads to transport the goods they produce to neighbouring countries or even to other parts of their own country. Another challenge for trade is the lack of telecommunication or Internet connection and the high costs of these services in large parts of the continent.

Furthermore, there are also challenges related to national security, given that some African nations still face internal and regional conflicts. Consequently, these conflicts hinder trade in the areas of the countries where the conflicts take place. These conflicts also slow trade in the country, increasing operational cost or disincentivising foreign investments.

For successful implementation of the AfCFTA, it will be necessary that African nations address or mitigate the challenges they are currently facing. It is paramount that the obstacles that caused the lack of a single market for goods and services on the continent be eliminated. Further, it will also be necessary to create more stable movement of capital and persons.

Benefits for the Continent

The benefits of the AfCFTA are immense. Considering the implementation of the objectives established by the AfCFTA, its successful application will bring about the following benefits, among others:

Given the number of countries that are signatories to it, the AfCFTA constitutes one of the major trade agreements of its nature.

Thus, it will undoubtedly take some time until the African nations realise the full potential and objectives of the AfCFTA. However, the level of commitment and efforts made by African countries to ratify such an important document is a strong indication of Africa’s eagerness to be a significant player in world trade through the improvement of its intracontinental trade.

Clarence Abogados & Asociados is based in Malabo, Equatorial Guinea 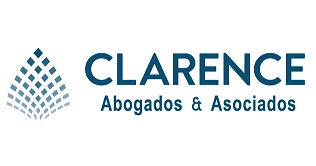 Email your news and story ideas to: news@globallegalpost.com