Over the last 40 years, gaming has exploded from smoky blacklit arcades into a cultural fixture. The gaming market itself is worth over $180 billion and growing virally thanks to its over 3 billion participants. From consoles, PCs, and mobile phones, it’s reached near ubiquitous saturation on a global scale.

As a subset of that market is the esports market, a fast-growing niche within gaming itself. The best players of each title face off in tournaments that draw hundreds of thousands or millions of viewers. Analogous to the NFL or NBA, esports leagues like ESL (Electronic Sports League) or titular leagues like the LCS (League Championship Series) or OWL (Overwatch League) create hundreds of millions in revenue and have become major draws for sponsors looking to reach the 18-35 age bracket. Already, esports are more viewed by average minute audience than the NHL, MLB, and MLS combined.

In this exploding market the need for legal definition, particularly in counterfeiting, is more pressing than ever. As markets grow and legal relationships expand, gray areas bloom in the corner, leading to litigation, disputes, and mediation, particularly between contractual parties in the web of conglomerates that make up esports.

So what separates a video game from an esport? Why is League of Legends the most viewed esport on the planet but, say, Candy Crush isn’t?

When a game is published, usually publishers and developers will assess the esports potential of the title. Esports are primarily PvP, meaning players play against other players. The objectives differ, but most esports have matches that last between 30 and 45 minutes on average, and teams of 3-6 players on either side. There are exceptions, but games fitting this description are strong candidates for becoming esports with strong viewership.

When a publisher decides to turn their title into an esport, they’ll usually create a league of some sort. In the case of League of Legends, Riot Games has created regional leagues around the world, most prominently the LCK. These leagues function independently of each other, and all have their own stable of teams, owners, players, and fans. Activision Blizzard King (ABK) has done the same with their Overwatch League, but instead created the Overwatch League as a global organization, without regional leagues above the minor league level.

Once the league is established, franchise slots are sold. These slots resemble traditional sports, granting franchise owners to some merchandising rights, event revenue, and revenue sharing on aspects of the title. Franchise owners hire top players for their franchise to compete against each other, usually culminating in a final world championship.

Where this can get sticky is in the relationships between the parent company, publisher, franchise owner, and players. For example, use of game characters in merchandising or branding is typically forbidden, while sometimes posts or creative content is allowed to feature these characters in a creative manner. Game footage and broadcasting is owned by and licensed from the parent company, meaning all revenue from broadcasting rights, sponsorships, activations, and more belongs to the game publisher. Players themselves are further limited in how they can capitalize on the game to profit: most players stream the game on Twitch or YouTube while they’re practicing, and are given sponsorships and advertisers while they stream.

In a case like the ESL, this gets even more complex. The ESL runs a series of tournaments, particularly for Player Unknown’s Battlegrounds (PUBG) and Counter Strike: Global Offensive (CS:GO). ESL has negotiated for broadcasting rights, but in some cases may not own rebroadcast rights or rights to any character in the game. They may be limited as to what sort of sponsors they can take by the game publisher. When these rules are broken, it leads to litigation or mediation, wherein broadcast rights are threatened to be revoked.

Fans additionally complicate this. Esports events are never pay-per-view, but due to the Twitch culture of “clipping” (cutting out part of a broadcast to share a short clip with other fans), multiple clip YouTube channels have sprung up, some hosting short segments of the game, some rebroadcasting whole games and keeping the revenue.

One such instance of this was the channel EpicSkillshot, a VOD library for Korean professional matches in League of Legends with over 500,000 subscribers. The LCK, a regional league, functions as a separate governing entity from Riot Games, and while EpicSkillshot had been hosting these games for over four years, the LCK suddenly issued a copyright strike and takedown request on every single video on Epic Skillshot’s channel. Over 500 game replays were struck, leading to the disabling of this account and threatening permanent deletion or harsher legal consequences towards the owner.

Public outcry was instant and immense. The LCK had not done a particularly excellent job at keeping full game replays easily available on YouTube, instead opting for highlights being posted after the game. The League of Legends community responded with instant backlash, threatening to boycott LCK games, throwing away jerseys, and sending threats to LCK executives and officials.

Riot Games, the publisher of League of Legends, was forced to step in and clarify the takedown requests. After intervening, they granted EpicSkillshot the right to host LCS games (the North American league) and receive revenue sharing from advertisements run on his channel. All LCK games were deleted from EpicSkillshot’s VOD library, and his channel was not deleted or disabled. All copyright strikes were removed by YouTube.

This is where a problem lies. Games are broadcast for free and supported by advertising, but if a publisher or gaming league is not timely and circumspect when uploading these replays, the community will take it upon themselves to upload these games to YouTube or other streaming sites, leading to copyright conflict and trademark infringement on behalf of broadcast sponsors, Google advertisers, game publishers, league officials, video hosting sites like Twitch and YouTube, and more. These multiparty suits can create enormous confusion, headache, and blame-passing for rights holders. Worse, resolving them legally can alienate a fan base, leading to the death of the league entirely, as fans find themselves litigated against by the organization they support.

As of today, the LCK is posting their game replays for free on YouTube, but other VOD channels have sprung up, particularly Be Challenger, which has overlayed a loop of a spectator watching picture-in-picture. This is a crude attempt at arguing transformative use of the broadcast, and while it wouldn’t hold up in court, is a reminder that Millennials and Gen Z, having grown up in the YouTube era, are typically more copyright literate than their predecessors. It also shows that threatening legal action has little to no effect on esports fans in many instances.

There is also an issue with porting or transforming esports to other platforms. League of Legends struggled with this a few years ago. In 2017, Riot Games sued Shanghai Moonton Technology Co. over their game Mobile Legends, which was a direct copy of League of Legends ported to mobile. The Central District Court of California dismissed the lawsuit under forum non conviens, arguing that the case should be heard by a Chinese court.

Tencent Holdings, a Chinese investment company, owns 100% of Riot Games, and thus sued the Mobile Legends CEO Xu Zhenhua personally over his development of Mobile Legends and the game Magic: Legends which contained overtly similar characters, imagery, and locations. The court ruled in favor of Tencent Holdings and awarded Tencent $2.9 million USD in a landmark case. Mobile Legends rebranded to Mobile Legends: Bang Bang, shortened to MLBB, which then changed dozens of characters, items, and abilities to remain compliant with international copyright law.

This personal liability should hold some interest for copyright and IP attorneys. Given the sometimes solitary nature of game development, copycat games can be developed by a single person before becoming a phenomenon and thus turning into an esports landmark and raking in millions in revenue. The fact that Moonton was not held liable but Xu Zhenhua himself is of interest.

Finally, merchandising and derivative works are a fascinating labyrinth in esports. All esports publishers currently allow players to record, broadcast, and record content of the game as they are playing it, and to profit from the broadcast and subsequent video content made from it. This has allowed streamers and YouTubers like DisguisedToast, Tobias Fate, TheBausFFS, Asmongold, Doctor Disrespect, and Shroud to broadcast these games and profit off their broadcast. However, when their names or associated characters are copyrighted, there can be issues.

For example, in League of Legends, the streamer Yassuo named himself after the character Yasuo from the game. This has led to issues as he has begun merchandising or accepting sponsorships from esports organizations like 100T, as using his title Yassuo as well as any imagery associated with the character Yasuo could pose a legal violation. Yassuo himself has chosen to begin going by his nickname Moe, in order to circumvent this.

Similar content creators Professor Akali, IreliaCarriesU, Zed99, SoloRenektonOnly, KatEvolved (for Katarina) and more have struggled with merchandising since their name and potentially logo or imagery are copyrighted content. This can put both creator and publisher in a legally awkward situation, where the creator wants to profit from their labor, but their brand and associated imagery belong to the publisher or parent company in entirety, leading to tense standoffs and a quandary for the publisher.

As a publisher, should you strike or halt merchandising by a streamer of your game if they use copyrighted material? From a purely legal standpoint, absolutely. From a business standpoint, it’s not just tricky, it’s dangerous. Esports and gaming fans can be notoriously fickle, volatile, and highly reactive. Copy striking a popular streamer is likely to do immense damage to the public perception of the publisher, which can lead to millions in lost revenue. Similar situations have happened with Activision Blizzard King, when they silenced a pro Hong Kong player at a Hearthstone tournament in 2019. This led to a massive hit to their share price, mass exodus by players from flagship games Overwatch, World of Warcraft, and Hearthstone, and a nearly permanent death of the Hearthstone esport. Hearthstone, as an esport, has still not recovered from this event and is struggling in viewership and revenue as of this writing.

In another example, Artesian Builds, a custom PC building company, was hosting a giveaway of a gaming PC on Twitch. Halfway through the giveaway, they introduced new rules for eligibility of winners, and when a winner was found to be ineligible, they withheld the high end gaming PC the streamer had won. The streamer took to Twitter and Reddit to complain, and within a week Artesian Builds declared bankruptcy. The speed of the declaration means that the company was likely already in financial distress, but such an event that led to mass cancellation of orders likely hammered the final nail in the RGB coffin of Artesian Builds. Over 40 employees were terminated as of their shutdown, and the company has since evaporated. If CEO Noah Katz wishes to work in any gaming related industry in the future, it will be a long, difficult road to redemption in the eyes of the gaming community at large, which tends to have strong interpersonal solidarity compared to other hobbies.

Esports and gaming are exciting industries that are growing rapidly, leading to the discovery and induction of new legal frontiers and precedents. For attorneys and legal professionals looking to enter this world, it’s helpful to familiarize yourself with the culture of gaming to better understand the industry at large. Besides legal research, it’s helpful to watch Twitch streams and gaming YouTubers, esports events, and play games yourself. Perhaps you already do.

The industry needs more professionalization, and the establishment of legal precedent and baselines is one of the fastest, strongest ways to shore up the revenue streams and permanence of these nascent markets. 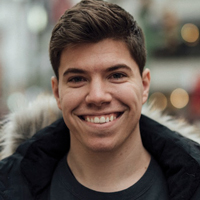