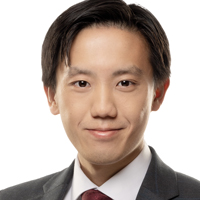 Jerry is an articling student at McCarthy Tétrault’s Montreal office. He obtained his Juris Doctor and Bachelor of Civil Law at McGill University in 2021. His academic record earned him a nomination on the Dean’s Honour List. He also received the MacKay Award in Corporate Taxation, the Yoine Goldstein Book Prize in Bankruptcy and Insolvency Law, and the I.M.E. Prize in Commercial Law upon graduation for having the highest standing in Commercial Law throughout the program. Prior to law school, Jerry completed a DEC in Sciences, Lettres & Arts at Collège Jean-de-Brébeuf, where he was awarded an entrance scholarship for academic excellence.