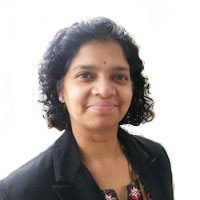 Rajeshwari Hariharan is the founder of Rajeshwari & Associates. The firm was founded in 2009 and specializes in Intellectual property law. Rajeshwari holds a Master's Degree in Biotechnology and a Bachelors Degree in Law. She was admitted to the bar in 1993 and practiced as an advocate before the courts in Pune and the High Courts at Delhi and Bombay. Rajeshwari led the patent litigation practice and played a key role in managing and growing the patents team in a reputed and leading Delhi-based law firm. She parted as an equity partner after almost 14 years, to set up Rajeshwari & Associates. Her areas of practice include counseling on issues relating to patent validity and infringement including opinions, drafting technology transfer and know-how agreements, licences, assignments; prosecution of patent applications in the field of pharmaceuticals, biotechnology and biochemistry. She has rich experience in carrying out due diligence and handling of patent oppositions, revocations and appeals before the Patent Office and other higher Fora. Currently, she is involved in patent and trade secret litigation at the Supreme Court of India and various High Courts across India. She has authored several articles and is a regular speaker at various conferences and seminars throughout India and internationally. She has been rated by Chambers and Partners and Intellectual Asset Management magazine as one of the leading patent lawyers in the country. A few of her notable achievements are listed below: • won the first ever compulsory licence granted in India; • won the case against grant Glivec patent in Supreme Court; • negotiated several patent licensing transactions; • won the first ever case on interpretation of Bolar provision in India (sec 107A); • argued and Won the first order issued by the Patent office granting cross-examination of witness during pre-grant opposition; • won numerous patent oppositions for Indian and foreign clients; • developed and managed patent portfolios for Indian and international clients.